WLO COO, Cristina Ortega, participates in the opening of the 2018 EU-China Tourism Year in Venice 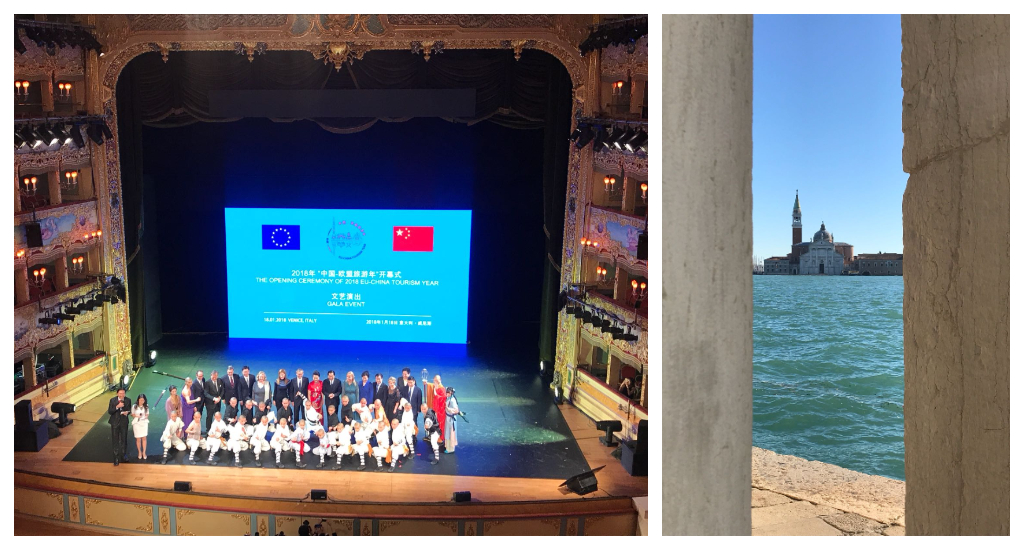 The official opening of the 2018 EU-China Tourism Year (ECTY) took place on Friday 19 January 2018 in Venice, at the Doge’s Palace. Cristina Ortega Nuere, WLO Chief Operating Officer, attended the event in representation of the organization. Mr Li, Chairman of CNTA (China National Tourism Administration) and the European Commissioner for Internal Market, Industry, Entrepreneurship and SMEs, Elżbieta Bieńkowska, declared the ECTY officially open in front of high level representatives of tourism authorities and industry from China and the European Union. A gala event was organized the day before, on Thursday 18 January, at La Fenice Opera House, including Chinese cultural performances “Travelling around the World” by the Peking Opera and “The Soul of Shaolin – Huiguang’s story”.

The ECTY is a high level initiative decided by Chinese Premier Li Keqiang, and the President of the European Commission, Jean-Claude Juncker, at the 2016 EU-China Summit. The ECTY will contribute to increase visitors’ flows and investments on both sides. It is also the occasion for European and Chinese citizens to better know and appreciate each other, contributing to the people to people dialogue.