Neil Carr- About Bilbao: “I found it a vibrant and edgy (in a positive way) city” 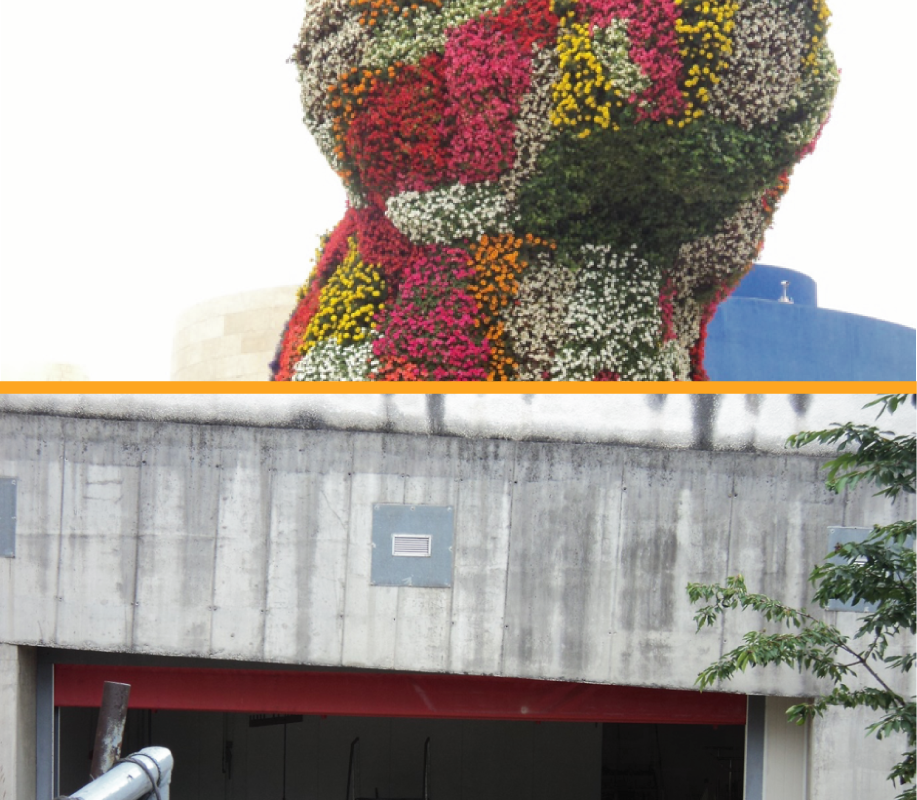 Reflecting on my first ever visit to Bilbao, I found it a vibrant and edgy (in a positive way) city. It is clearly a post-industrial place, but one where its industrial roots still show through among the façade-ism that is seeking to move the city onwards. Bilbao is also clearly both a Spanish and a Basque city, proud of what it has been and what it could become. It is within the context of this melting pot that I offer up my favourite and least pictures of Bilbao.

The first picture is of the iconic Puppy that sits happily outside of the Guggenheim on the banks of the Nervión river. As a dog lover it is probably no surprise that this is a favourite picture of mine. However, it makes it to this position also because it is such a care free icon that stands in juxtaposition to the Guggenheim, which may well be an architectural masterpiece and hold wonderful works of modern art but which left this visitor feeling cold and unwanted. So it was nice after visiting it to step outside and have a little doggy love with Puppy.

My second photo is of the abattoir at the back of the bullfighting ring in Bilbao. It is a highly disturbing picture, even without a bull being dismembered by a butcher in it, that the animal welfarist in me dislikes intensely. Yet it is also a picture that shows Bilbao without the veneer of post-industrial, global, beige-ism. Instead, it is authentically Bilbao. For its honesty, and the love of the sport the individual who showed myself and Cristina (our World Leisure Organization Chief Operating Officer) around the ring and behind the scenes I love this picture.